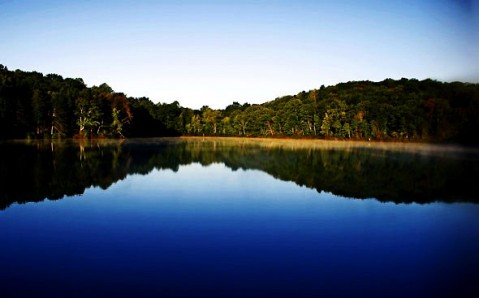 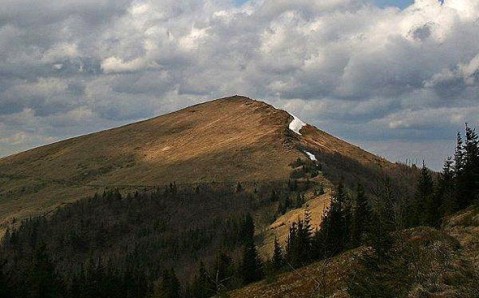 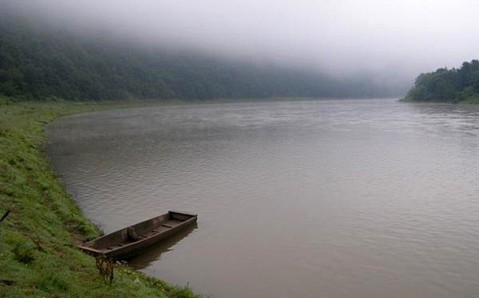 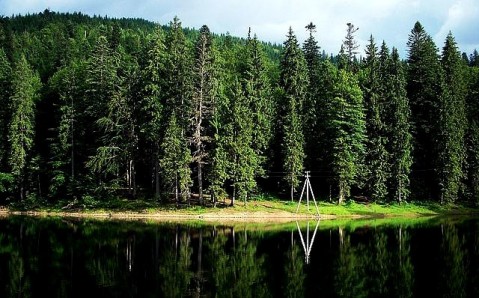 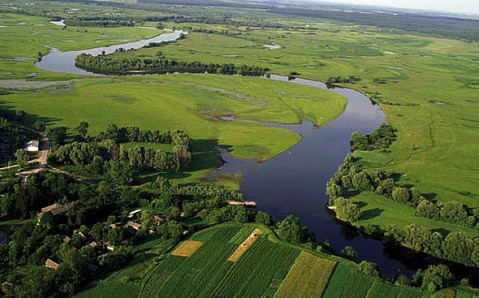 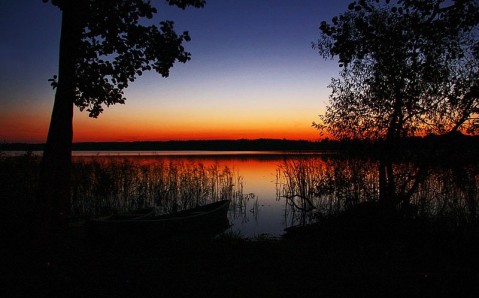 Most megalopolis dwellers strive to leave their dusty and stuffy cities in the summer. Some travel to the sea and some head for intact lands with dense green forests, crystal lakes, fresh air and abundance of wildlife. Now that Ukraine has plenty of picturesque protected places, where serene majesty of nature reigns. We introduce country’s five largest, most beautiful and interesting natural parks, where one can escape from the city hustle and bustle by taking a dip into the world of pristine nature and have an unforgettable time.

This is the first and the largest national park in Ukraine. It is situated on the northeastern slope of the Ukrainian Carpathian Mountains and encompasses the territory of more than 50 thousand hectares. Its riches include majestic mountains and picturesque valleys, mountain pastures and crystal lakes, pure rivers and healing mineral springs. In addition, the park amazes with a striking variety of flora and fauna: it is home to a large number of various plants, many of which are listed in the Red Book, and to almost 200 species of animals and birds. Ukraine’s highest mountain Goverla and the waterfall Guk are situated on the territory of the reserve. The waterfall is located on the height of 900 meters and is considered to be one of park’s many gems.

The Carpathian Natural Park is rich not only in natural wonders, but also in original monuments of archeology and ethnography. This is due to the fact that the reserve is located on the original Guzul territory, which is famous for its rich cultural and historical heritage. Walking through the park, one may see fifteen-thousand-year-old archeological monuments and wooden folk architecture, dated to the 16th – 19th centuries.

‘Askania-Nova’ is one of the oldest and the largest steppe reserves in Europe. It is located in Kherson region and is a virgin area of steppe, which has never been ploughed.

It is an island of primordial nature, where the unique arboretum is situated. More than 500 species of plants, many of which are endangered, thousand species of trees and numerous ornamental plants from all corners of the world grow there. And the reserve’s zoo is home to 450 species of exotic animals and birds, six of which are extinct in their homelands and live only in Askania. On top of that, you will see many ancient burial mounds, from which one can get a breathtaking view of the steppe, and ancient stone figures during your visit.

The best way to enjoy picturesque landscapes of the wildlife reserve and its unique inhabitants is to go on a photo safari by car or horseback.

The nature reserve is situated in the southeastern part of Crimea, on the territory of the volcanic mountain mass Kara Dag, which is one of the most beautiful and mysterious corners of the peninsula. Its uniqueness is formed by picturesque relief, unusual geological structure and variety of flora and fauna.

Kara Dag’s rocks are dotted with fantastic grottos, and numerous fantastic bays lie at its foot. Mountain peaks are decorated with volcanic rocks fancifully shaped by wind, water, and the sun. Reserve’s main sight is the Golden Gate – a rock standing not far from the shore and cut through by an archway.

Two tourist routes are laid out through Kara Dag’s territory: on foot and by sea. On foot guided tour includes traveling along the main mountain range and visiting the Nature Museum founded in the reserve. The sea tour is a one-hour voyage around Kara Dag, on which you can admire famous rocks and numerous bays, as well as pass through the Golden Gate. In addition to that, you can visit the dolphinarium and aquarium that are situated on the reserve’s territory.

It is the most famous natural park in the northern Ukraine. Picturesque landscapes, rich flora and fauna, and mild curative climate make this area an ideal place for varied recreation and health improvement.

Park’s main treasure is a scattering of emerald Shatsky Lakes with absolutely pure water. They are framed with velvet greenery of the primeval forests. The most famous lake is called Svityaz – the second largest natural water body in Ukraine and one of the country’s deepest lakes. Being 58-meter-deep, it is four times deeper than the Azov Sea.

Shatsky Lakes offer many opportunities for varied pastime. One can go on a tour on kayaks and learn more about park’s unusually rich flora and fauna, or go fishing, or gathering mushrooms and berries, which grow in abundance in riverside forests. In addition, there is an opportunity to play paintball or ride horses on the park’s territory.

‘Bugski Guard’ lies in the picturesque valley of the Southern Bug in the Mykolaiv region. It is one of the oldest dry land sites in Eurasia, which has not been touched by the sea for over 60 million years. During this time, the nature diligently worked on the park’s amazing landscapes: majestic canyons, rocky river banks, on which (just like millions of years ago) hundreds of rare animal species live and unique plants grow.

One of the most interesting features of the Bugski Guard is the Aktovsky canyon – the only one in Europe whose contours precisely resemble the shapes of the famous North American canyons. It is a unique natural habitat of forest and water ecosystems that supplements the fantastic duet of peculiar rocks and granite boulders.

Bugski Guard is popular among fans of extreme recreation. One of Europe’s most popular rapids for whitewater rafting is located here. And mountain and rock climbers have chosen the Aktovsky canyon’s high walls as an ideal natural training ground.