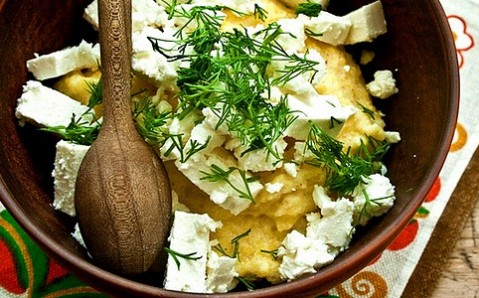 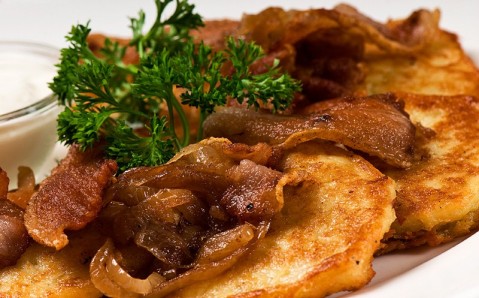 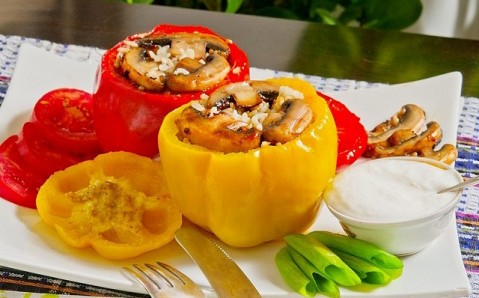 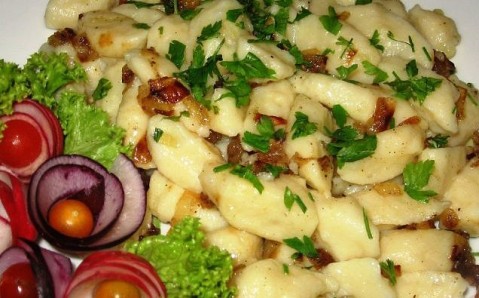 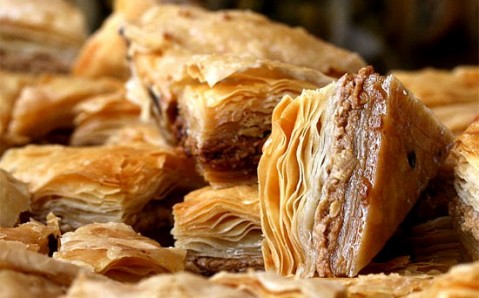 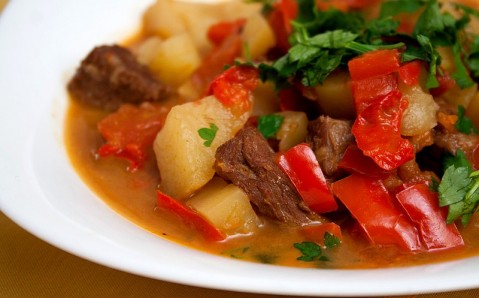 A chance to have a good and tasty meal during a travel is no less pleasant than a chance to contemplate various attraction sights. This rule fully applies to Ukraine, for its national cuisine is considered to be one of the richest and the most varied in the world. Moreover, along with classical Ukrainian dishes – fragrant borscht, vareniki, stuffed cabbage rolls and snacks with salo – country’s different regions have their own culinary highlights, which are known and cooked only there.

One of the most famous dishes in the Western Ukraine is banosh. It is even nicknamed as the soul of Hutsul cuisine. It is a porridge of fine corn grits, which is cooked in sour cream, and then, is seasoned with homemade spicy sheep cheese (cultured milk product that resembles something between cottage cheese and feta cheese) and with pork cracklings.

When in Zakarpattia, you should taste bograch without fail. It is a simple and nourishing dish that resembles Hungarian goulash. It is a spicy meat soup that is traditionally cooked in a pot over the fire. Bograch is made of boiled mutton, pork fat, fried onions with a great amount of paprika, potatoes, fresh tomatoes and kidney beans. It is traditionally served with pampushkas.

The Georgian dish chanakhi stroke root in the Ukrainian west perfectly well. The classic recipe was diversified through local color, though. Original chanakhi is mutton, stewed with layers of vegetables in a clay pot. Ukrainians cook it from smoked mutton or pork ribs, stewing them with potatoes, eggplants, special tomato paste, kidney beans and onions. Chanakhi is served in virtually all Lviv’s restaurants.

Famous Lviv coffee, which is known for its inimitable taste and intense aroma, and excellent Zakarpattia wines are the drinks that are worth your special attention.

North: pechenya and May rose pies

If you ever visit Ukraine’s north, the first thing you should taste is pechenya (roast meat). Although this popular meat dish is considered classics of Ukrainian cuisine and is cooked throughout the country, it turns out especially tasty in the northern region. Roast is meat, mostly pork, which is first fried with onions on a pan and then is stewed with spices and sour cream in a pot. In the northern cities of Ukraine, the roast is made with potatoes and sauerkraut.

The famous Ukrainian deruni are also the best in the north of the country. This simple and nourishing dish is especially valued there: to such extent that people even install monuments to it. For instance, there is a monument in Korosten. Deruni are thick pancakes, which are typically prepared from grated potatoes, adding eggs, onions and flour, and then are baked on a frying pan. They are traditionally served hot with sour cream or butter.

Another region’s gastronomic highlight is the May rose pies.

You will be inevitably treated with green borscht in the Central Ukraine. On the contrary to the classical Ukrainian borscht, whose main ingredient is beetroot, the green borscht is based on sorrel, which adds special color to it. Celery and nettles are often added to this tasty and healthy dish. The green borscht is normally seasoned with eggs and sour cream.

Another thing that you should taste without fail, when visiting the Central Ukraine, is the famous galushki. The region owes its culinary fame to this simple dish, which was glorified in the novel ‘Evenings On a Farm Near Dikanka’ by Nikolay Gogol. Galushki are pieces of pastry, made of wheat or buckwheat flour and boiled in water, milk or meat broth. Poltava’s locals, for example, manage to cook galushki with stuffing. They are traditionally served with butter, sour cream or cracklings.

It is also better to taste the famous chicken Kyiv in the Central Ukraine, more precisely in the capital. Local restaurants manage to make this popular Ukrainian dish best of all. Chicken Kyiv is chicken fillet cutlet, in which a piece of cold butter is wrapped. Grated cheese, mushrooms, herbs and egg yolk are often added to the butter. Chicken Kyiv is usually served with a potato side dish or vegetables, immediately after cooking.

During your culinary trip through the Eastern Ukraine, don’t fail to taste okroshka. There are more than 50 variations of it there. Standard okroshka is a mixture of chopped vegetables (potato, garden radish, cucumber), boiled meat, hard-boiled eggs, greenery and spices. It is seasoned with sour cream and is poured over with special okroshka kvas or whey.

Visiting Donbass, be sure to order shank Donbass. Shank is the back pork leg, which is marinated, rubbed with salt and pepper, and then baked in foil or in puff pastry. Another Eastern Ukraine’s specialty is cabbage soup with sauerkraut and potatoes, dressed with millet.

Ukraine’s south is rich with vegetables and, therefore, they compose almost all popular local dishes. The most frequent guest on the table in the Azov Sea region is stuffed sweet pepper. It is not only tasty, but also very beautiful dish. Sweet pepper is stuffed with mixture of minced meat and boiled rice and then is stewed in the sour cream and tomato sauce. Another local dish that is worth trying is mlyn. It is a thin layer of unleavened dough, which is covered with cottage cheese and butter mixture and is baked in the oven.

A trip to the Crimea, on the other hand, is a perfect opportunity to taste authentic Oriental dishes that has long stroke their roots there and has become a part of local cuisine. Lagman is particularly appreciated on the peninsula. It is homemade noodles in a spicy beef broth with vegetables. Other popular Oriental dishes that are served in the Crimea include dolma (small stuffed grape leaves rolls) and famous oriental sweets, such as baklava (a dessert of puff pastry with nuts in honey syrup).

And, of course, it is impossible to leave the Crimea without tasting its famous wines, which are renowned for their high quality and extraordinary taste.