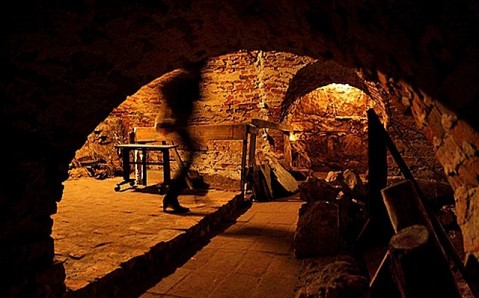 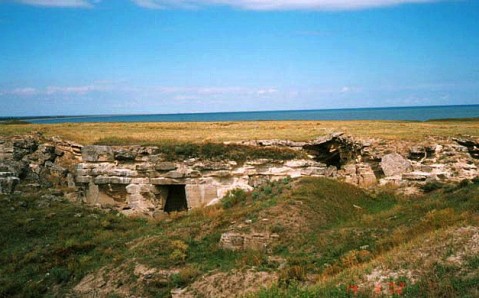 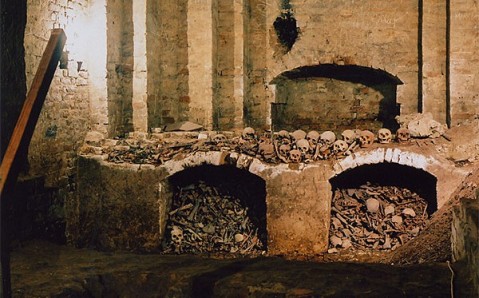 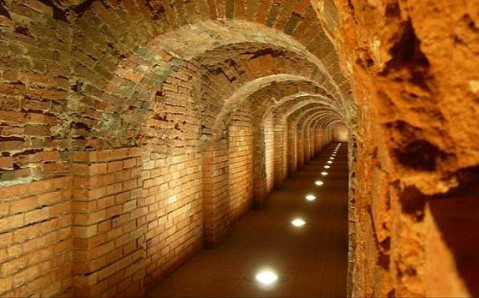 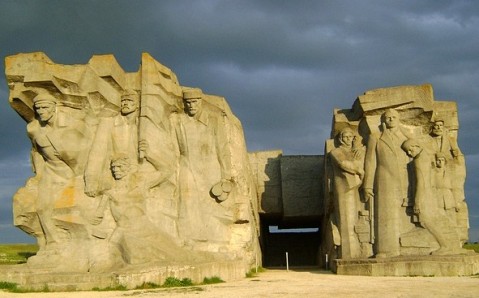 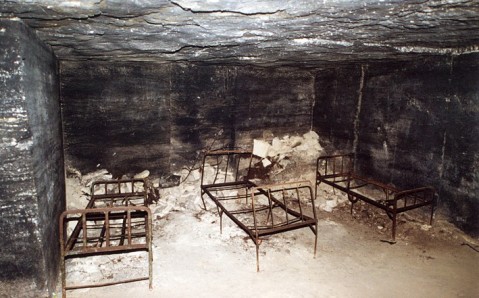 On the other side of the world: the most intriguing dungeons of Ukraine

Walking along standard tourist routes through one city or another, admiring age-old architecture and natural places of interest, many travelers don’t suspect that no less interesting world with its secrets and fascinating stories hides under their feet. We are talking about many kilometers of catacombs and underground labyrinths that transpierce the majority of old cities and can tell about them no less than the sights above ground. We have selected Ukraine’s most interesting undergrounds for you.

Now the underground labyrinths that used to link the majority of downtown buildings are officially included in the list of Lviv attraction sights. They, unlike any other place, have preserved a totally inimitable atmosphere that allows sensing the spirit of medieval Lviv.

The most frequently visited ones are the dungeons of the Jesuit Church (St. Peter and Paul Cathedral) with the stone sarcophagus dated to the 18th century, age-old artifacts and… the ghost of the Black Monk. According to legend, he periodically wanders about the underground corridors. The labyrinths, located under the Dominican Cathedral, are very popular too. You can explore the ascetic monk's cell and the hall of torture and learn the secrets of this ancient building there. The underside of the medieval city can be also seen in the Pharmacy Museum, which has preserved an alchemist's laboratory, book with ancient prescriptions, ancient medical drugs and devices.

You can find a real underground city under Odesa and its outskirts. It is a network of crossing passages and labyrinths, which are the longest – almost 2.5 thousand kilometers – and the most tangled ones in the world. Most of Odesa’s catacombs are former stone quarries, which appeared in the first half of the 19th century, when limestone for city’s construction was mined there. Later these underground labyrinths served as a haven for numerous gangs, as well as a storage space for smuggled goods taken from Odesa’s port. During World War II, Soviet partisan detachments were based there, and locals used them as hiding place.

There are two ways to visit Odesa catacombs. The first one is to visit the Partisan Glory Museum, situated in the underground tunnels, not far from the Nerubayske village. The second, and the more extreme, option is to organize an individual tour with a professional guide.

Being one of the oldest cities in Ukraine, Lutsk has a ramified network of underground labyrinths too. According to different data, they are dated to the 15th-17th centuries. They used to have a defensive function: in case of enemy’s attack, people could escape from the city through the underground passages. Storage of water and food was situated in the cellars during peaceful periods.

The most famous part of the Lutsk dungeons survived under the St. Peter and Paul Cathedral. Ancient prison complex with a solitary cell measuring only 50 square centimeters and graves of princes, bishops and wealthy citizens are situated there. These underground labyrinths that stretch on for dozens kilometers are often compared to the netherworld. Semidarkness, narrow corridors leading to burial vaults, piles of bones and sculls, coffins lying under water – all these leave strong, incomparable impressions.

It would have been strange if 26-century-old Kerch didn’t have an interesting “inner bottom.” The same as numerous other cities with such a rich past, it brags about many kilometers of underground passages, labyrinths and stone quarries. Kerch’s oldest tunnels are situated under the Mount Mithridat, where the acropolis of the ancient Panticapaeum stood. A water intake gallery, built by the Byzantine Emperor Justinian in the 6th century, and a complex of late-antique crypts with tombs of ancient city’s prominent residents survived there. Unfortunately, the crypt is being destroyed by predatory manholes.

But Kerch’s most popular dungeons are the Adzhimushkay Quarries, situated in the outskirts. On the contrary to the Mithridat’s labyrinths, they can be accessed on a guided tour. These mines feature an extensive network of underground galleries, tunnels and corridors forming a complex labyrinth. They are famous for the fact that during the World War II, Soviet soldiers heroically hold the line against the German-fascist invaders there. Today an impressive exposition of the underground museum, dedicated to killed defenders' memory, is situated in the quarries.