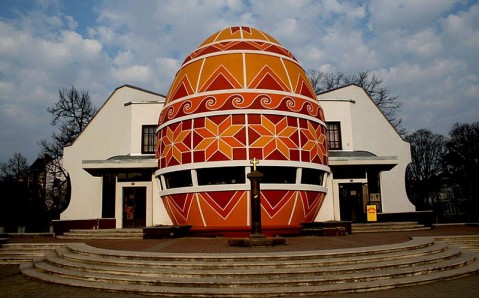 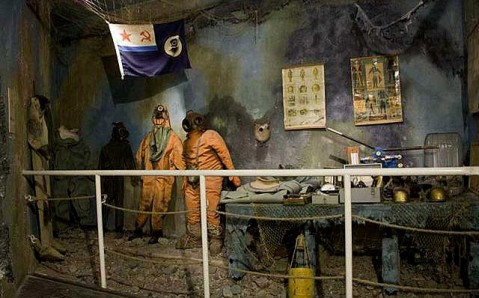 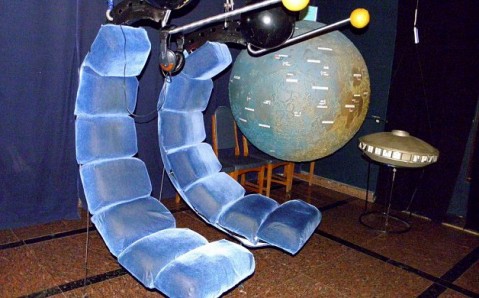 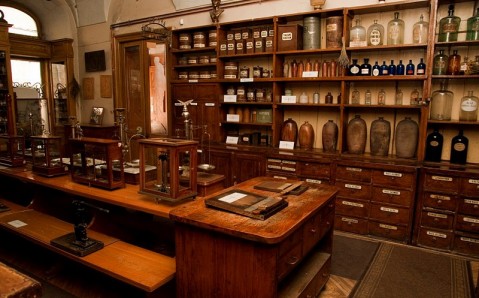 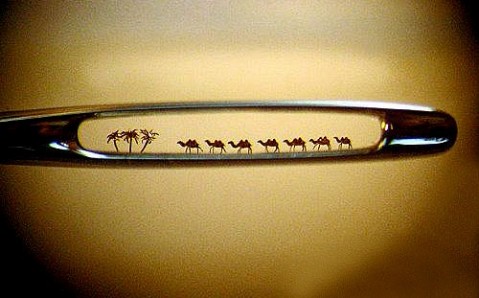 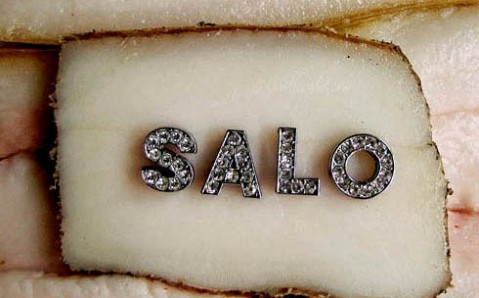 Since recently travelers’ itinerary rarely includes museums: they are placed on the last positions in the ‘must see’ list. It is the classical facilities that are in tourists’ disgrace: most people associate local history, history, and art museums with uncomfortable semi-darkness, boring dusty expositions and studied monotonous sermons of guides that cast a gloom. However, Ukraine has a number of unusual museums that are able to shatter this stereotype and to convince that visiting such facilities can be quite fascinating adventure.

This unique museum is situated on the Kyiv Pechersk Lavra territory and is Ukraine’s only museum, whose exhibits can be seen only by microscope. Using special optics, one can see the smallest working electric motor in the world that is almost 20 times smaller than a poppy seed, Taras Shevchenko portrait, carved from the sloe stone, caravan of golden camels, easily placed in the needle's eye, and 0,05-millimeter-thick rose, made of hardened paint flakes and placed inside a human hair.

World’s smallest book of 0,6 mm size and a life-size flee made of gold and shod with tiny golden horseshoes are also kept there.

At the first sight it seems to be a usual pharmacy selling traditional pills, ointments and liquid medicine. However, if you look inside its basements, you will discover originally decorated rooms where a very rich collection of rare exhibits is shown. They were gathered by pharmacists and enthusiastic collectors. The most interesting exhibits are the antique recipe book of Lviv druggists, 19th century’s printing press for making labels, all kinds of presses, drying wardrobes, old machines for cutting herbs. In addition, there is a collection of ancient medications and ampoules, equipment, and ware for keeping medicines.

The museum also sells an original souvenir: the so called ‘iron wine.’ This drink is enriched with iron and improves appetite and raises the hemoglobin level in blood.

It is the only museum in the world, whose exposition is devoted to the art of painting Easter eggs. Museum’s unique collection numbers several thousand original exhibits, which represent traditions of pysanka painting in country’s different regions and in other countries, is situated in an unusual building. This amazing architectural construction is made entirely of stained glass and is shaped as a huge, almost 14-meter-high painted Easter egg. It is Kolomyya’s trademark.

Its original exposition, situated in the building of the city water tower, built in the late 19th century, is considered to be one of the most interesting and dynamic in the capital. It tells from where the drinking water used to come to Kyiv in ancient times, how much it cost and when the first water supply system was built. Here you can see how waterfalls are formed, geysers erupt, glaciers melt and thunderstorms arise. In addition, visitors have an opportunity to participate in creating an interactive exposition: to lay a river bed in the sand or blow giant soap bubbles.

It is the only museum in the world that is devoted to the most famous sea tragedies. It is situated in the building of the very beautiful Lighthouse Temple. Together they form a memorial complex to commemorate all seamen and travelers, who had fallen a prey to water.

The unusual museum is stylized as a huge sunken ship. Its rooms keep true artifacts that were heaved from the sea ground: anchors, ancient cannonballs, shreds of fishing nets, covered with mollusks and algae, remnants of boats and other vessels, seamen's clothes. In addition to marine objects, each room has large screens broadcasting documentaries about the most famous sea tragedies.

The unique museum of astronautics is opened in Zhytomyr for a reason. It is here that Sergei Korolev – the talented scientist and engineer, the founder of applied cosmonautics, the person, whose ideas enabled the launching of the first artificial satellite – was born and spent his childhood.

Here you may see the samples of spacecrafts and equipment, many of which were in the open space, as well as life-size models of artificial satellites and Lunokhod, an even the capsule with soil from the Moon, presented by NASA. The cosmic atmosphere inside the pavilion is created by unique luminous and sound design, which turns the static exposition into fantastic installation.

'Salo' is the first museum devoted to the national Ukrainian snack. It is an original cultural project that features more than thirty works of modern Ukrainian and foreign artists, who immortalized salo in form of various art objects: pictures, photos, unique sculptures.

Lviv museum’s key exhibit is the installation ‘Heart of Salo.’ The copy of human heart beats – thanks to the tubes connected to the system – in the glass vessel, where special temperature is sustained. It is listed in the Ukraine Guinness Book of Records as the largest heart of salo in the country.

This unusual museum was created on the premises of the former top-secret underground plant engaged in repair and maintenance of Soviet Black Sea Fleet’s submarines. The plant was situated inside the giant rock mass on the Balaklava Bay western shore.

The museum features models of warships, various elements of submarines’ armory, naval armaments and ammunition, memorabilia and unique documents. Staged exposition featuring submarine’s fragment and full-size figures of sailors and representing some point of a march is of particular interest.