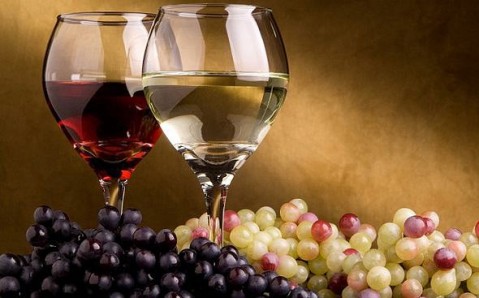 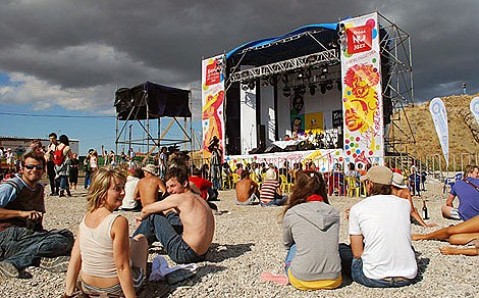 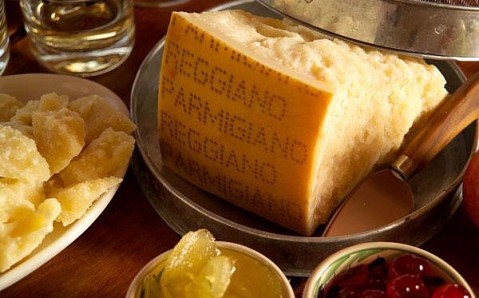 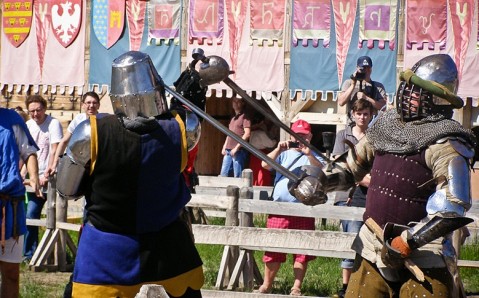 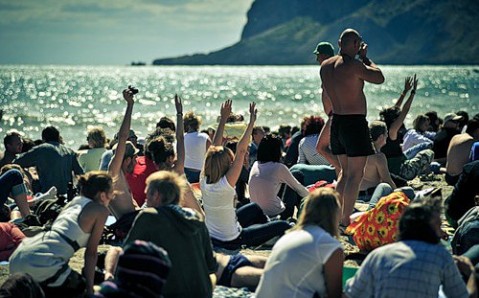 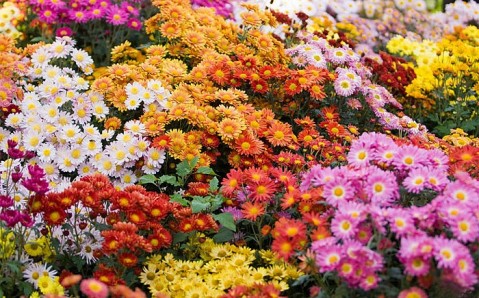 The best festivals of the fall

It is always a pleasure to combine a trip around Ukraine with visiting some interesting events – musical, gastronomic, thematic. They are organized in different corners of the country round the year. However, it is the fall that offers the largest number of entertaining events. This fall that has already come into its own won’t be an exception: different Ukrainian cities will host a number of interesting festivals during the next three months. We offer you the top 5 events that are worth visiting this fall.

When: From September 12th to 15th, Where: settlement Koktebel, the Crimea

Koktebel Jazz Festival is the largest open-air festival in Ukraine. It has long become one of the Ukraine’s most symbolic and expected musical events. The 11th festival will take place in the picturesque resort settlement Koktebel, situated at the foot of the mountain Kara Dag on the Black Sea shore, in the early fall.

Dozens of concerts will take place on three stages of different format, during festival’s three days. The main stage – NuJazz Stage – will be set up on the seafront of the Yunge Beach. The Voloshin Stage, created for modern jazz and improvised music connoisseurs, will be located in the garden of the House-Museum of Voloshin. The day stage – Open Stage – will work on the beach. Young and well-known musicians will perform in different genres there.

When: From September 13th to 15th, Where: Feodosiya, the Crimea

WineFeoFest 2013 is an annual wine festival that traditionally takes place in Feodosiya in the middle of September. Its main goal is to promote the drinking culture of this drink that is beloved round the world.

Presentation and tasting of wine from different winemaking regions of Ukraine, Turkey, Germany, Georgia and Spain will take place within festival’s framework. In addition, the program of the WineFeoFest 2013 includes fairs, tasting of traditional Crimean dishes, exhibitions and concerts of famous musical bands. Several free stages will be installed in the city center for this purpose.

Festival’s highlight is guided tours to winemaking enterprises and attraction sights of the Southern Coast of Crimea.

Festival of Cheese and Wine

When: From October 18th to 20th, Where: Lviv, Rynok Square

The October gastronomic Festival of Cheese and Wine will be a good occasion to learn more about Western Ukraine’s cheese-making culture and wine-making traditions.

The guests will have three days to visit the large fair, where the production of major manufacturers and importers will be presented on par with organic food produced by local companies. Brie and Camembert cheese, Chablis, Bordeaux and Roquefort wines, as well as traditional Ukrainian dishes all these and many more can be tasted at the Festival of Cheese and Wine in Lviv.

In addition, festival’s program includes culinary workshops and the fair of folk handicrafts.

When: From October 12th to November 17th, Where: settlement Nikita, Crimea

The Chrysanthemum Ball is an incredibly bright annual holiday that takes place in the Nikitsky Botanical Garden, situated near Yalta, and attracts tens of thousands of tourists. It will take place from mid-October until mid-November.

Botanical garden’s employees traditionally plant more than 300 kinds of these amazing flowers having different colors, shapes and sizes. The festival ends with selection of the most beautiful chrysanthemum, which gets the title of the Ball’s Queen. The rose exhibition ‘Garden of Eden’ will take place at the same time as the Chrysanthemum Ball in the Nikitsky Botanical Garden. In addition, one can admire blossoming of the giant Furcraea.

In the mid-November one of the country’s most spectacular festival’s – the final stage of the International historical fencing tournament “Kyiv Detinets’ Knight” – will take place in the historical and cultural center The Kievan Rus Park, situated near Kyiv.

The best fighters from Ukrainian and foreign historical fencing clubs, who went through complex and strict selection process, will come together at the stadium in order to detect the tournament’s winner. Single combats and spectacular competitions ‘five to five’ are on the event’s program list. The fighters will compete for the title of the strongest, the agilest and the hardiest, and the spectators will have an opportunity to follow this unforgettable action.